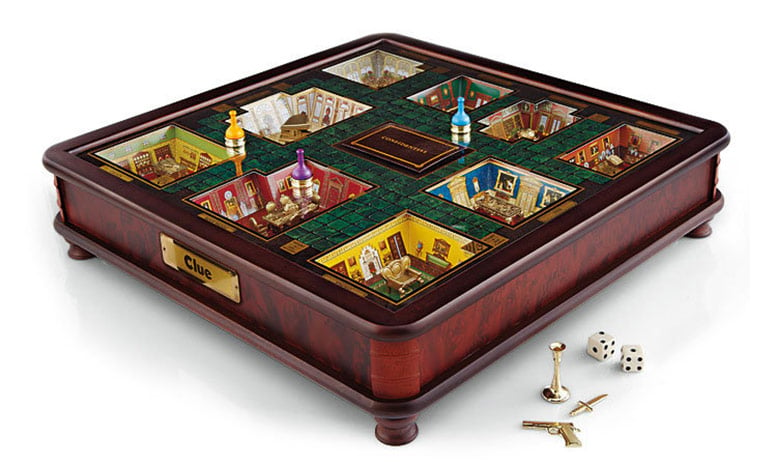 Was it Colonel Mustard in the Library with the Pipe?

Was it Mr. Green in the Conservatory with the Revolver?

Was it Miss Scarlet in the Kitchen with the Knife?

This cool new Clue - Luxury 3D Edition is the version of the classic board game Clue that poor Mr. Boddy would have put on display in his stately Tudor mansion, that is, before he was found... murdered. Who did it, with what weapon, and where did it take place? Hmm, nobody ever asks why though. There must be a motive. This luxurious three-dimensional Clue game features an elegant wood-paneled game box, nine fully furnished sunken rooms sealed beneath a non-removable tempered glass top, tokens and game pieces crafted from wood and die-cast metal, and a walnut veneer storage box. 6 people, 6 weapons, 9 rooms, and 1 body. An evening of murder and mystery and everyone is a suspect... Whodunit?

► Amazon.com
► Hayneedle.com
As an Amazon Associate we earn from qualifying purchases. When you buy through links on this site, we may earn an affiliate commission.

Clue Luxury Edition Board Game by Winning Solutions with
Amazon.com
$249.99