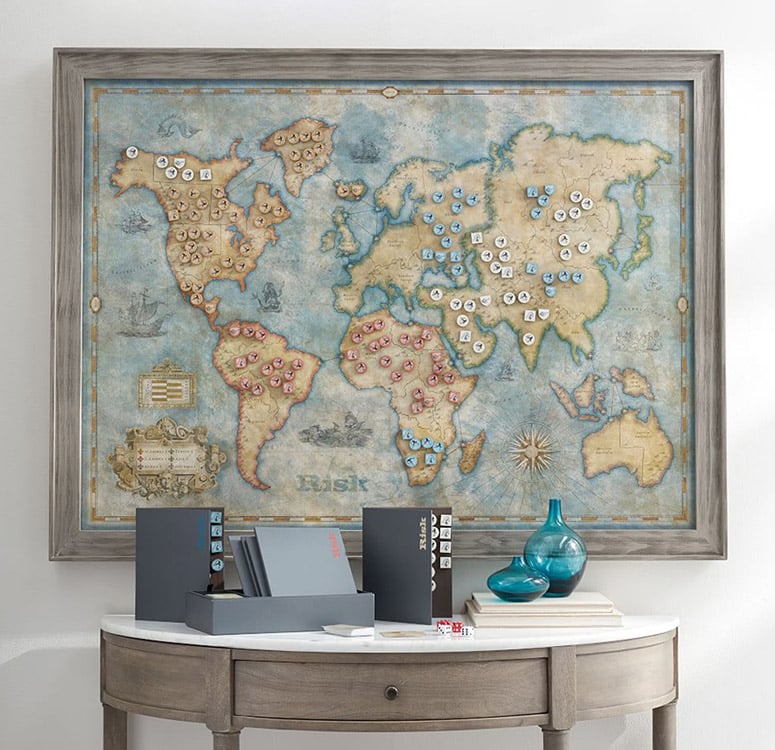 If you're going to play a game where you are attempting to conquer the world, then why are you playing it on a little tabletop-sized board game? This cool new RISK - Giant Wall Edition is a massive, supersized version of RISK: The Game Of Global Domination that is so big that it has to be hung on the wall to be played. The giant RISK map also doubles as decorative wall art when players aren't engaged in strategic battle. Everything you need to begin seizing your opponent's territories is included: 6 Army portfolios, 6 Army sets, a parts box with a card and dice tray, plenty of storage for portfolios and instructions, and mounting hardware as well.

► PotteryBarn.com
► Amazon.com
As an Amazon Associate we earn from qualifying purchases. When you buy through links on this site, we may earn an affiliate commission.