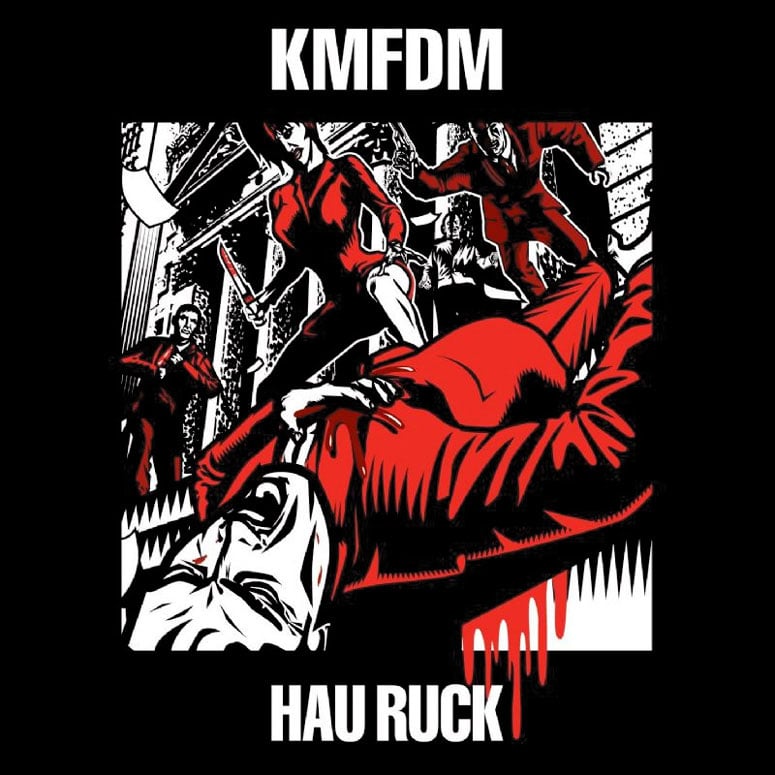 Next: iHome - Clock / Radio for iPod

KMFDM is set to unleash their newest album on the world, Hau Ruck ( Loosely translated from German as "Heave-Ho" ) on September 13th, 2005. The cool new Brute! artwork is back on the cover and I know the music will be innovative, thought provoking, blistering and hypnotic as always, but it's their first album in awhile that isn't 5 letters long, so fingers crossed. If you haven't heard the Ultra Heavy Beat of KMFDM, it's time. Rip the System!

Industrial Legends KMFDM have been blending and bending musical genres in the underground scene for more than 21 years. While frontman Sasha Konietzko claims ( with tongue firmly in cheek ) to be "The Father of Industrial Rock", KMFDM have in truth crossed over to rock, metal and dance fans alike. Now presenting their Brand new album "Hau Ruck" they deliver an abject lesson in musical exhibitionism getting to work with ultra-heavy guitars, dance inducing synths and hard, aggressive beats. Further enhanced by distinct vocals ( Lucia unleashes a spectrum of styles while Sasha Konietzko spews forth his own trademark bad-ass attitude ) "Hau Ruck" proves to be both lyrically thought provoking, yet humorously ironic, as KMFDM skewer the world and themselves with each stab.

► Amazon.com
► Find it on eBay.com
As an Amazon Associate we earn from qualifying purchases. When you buy through links on this site, we may earn an affiliate commission.