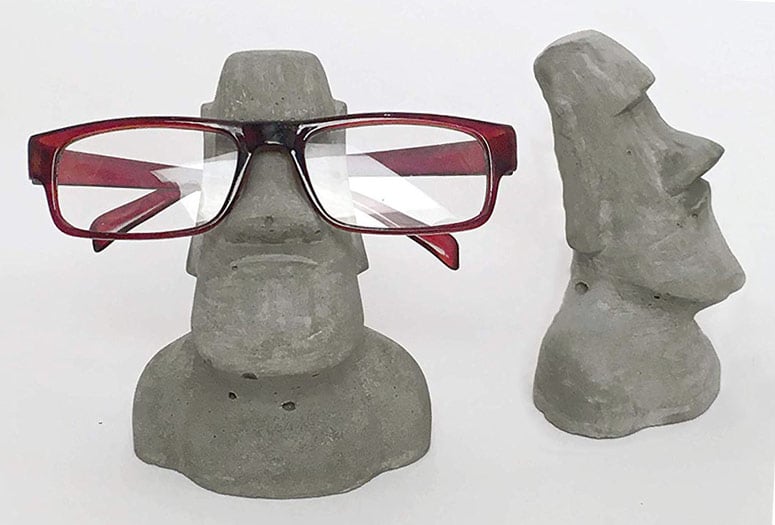 Next: Naval Mine Drain Stopper

Did know that those mysterious giant green head statues on Easter Island actually had a purpose? In ancient times, giants (long extinct now) used to roam that remote volcanic island and used the statues to safely store their huge eyeglasses on at night while they were sleeping. Well, I'm obviously no historian, so it could have been populated by large headed aliens, early Green Head worshippers, or even Polynesian settlers called the Rapa Nui. Either way, the good news is that those massive head statues, called the Moai, have been recreated in much, much smaller scale so they can fit on your nightstand and wear your eyeglasses at night while you sleep too. These cool new Moai Statue Eyeglasses Holders are handmade from concrete rather than traditional volcanic ash and can either be used to safely store eyeglasses or just be put on display as whimsical / ominous decor. Yeah, it was definitely aliens.

► Amazon.com
► Etsy.com
When you buy through links on this site, we may earn an affiliate commission. As an Amazon Associate we earn from qualifying purchases.