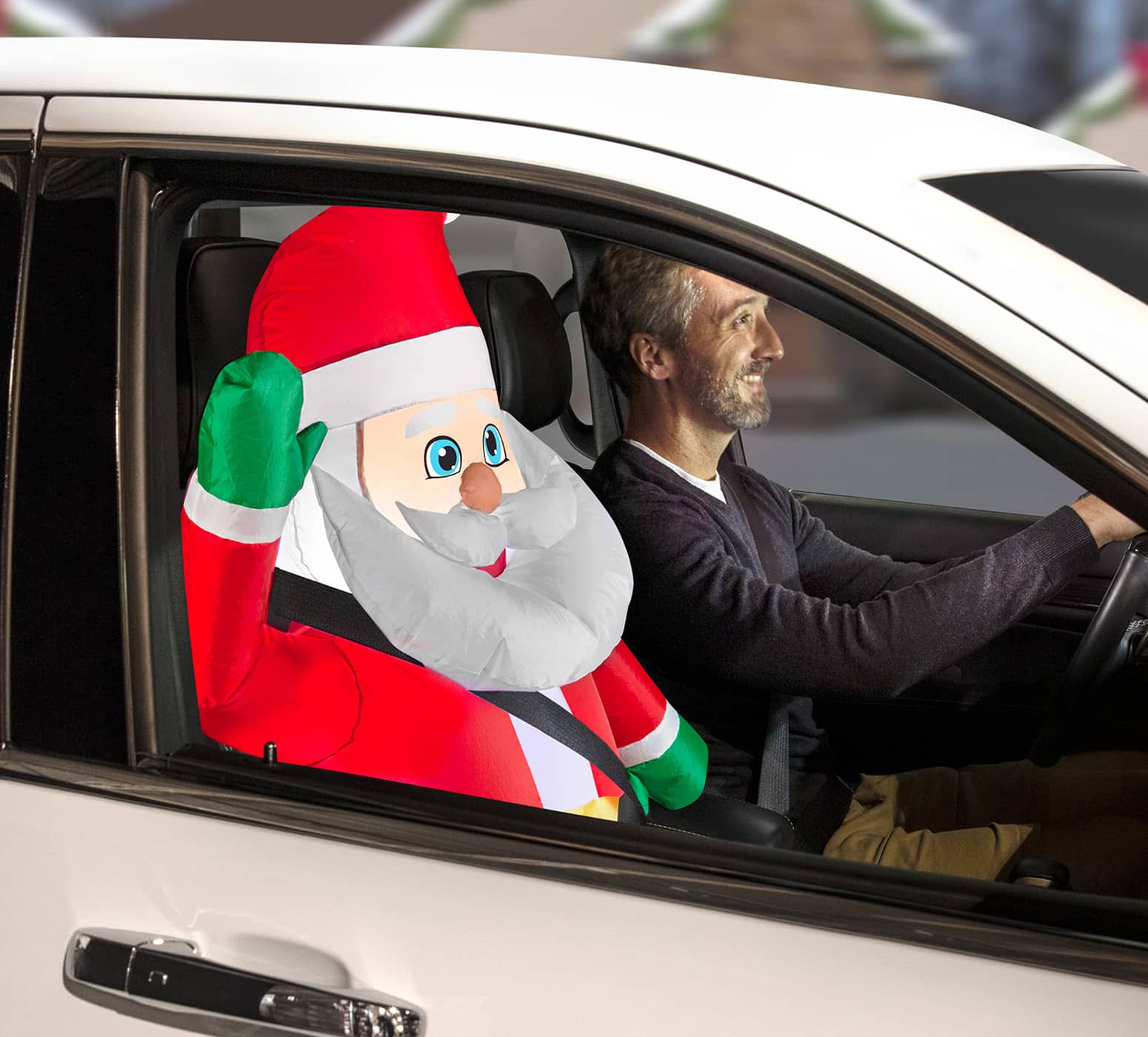 If you really want attention while driving around this holiday season, forget putting the plush reindeer antlers over the doors and the big red nose on the front of your car and just strap in this cool new Gemmy Airblown Inflatable Santa Claus Car Buddy onto the passenger seat instead. This festive, double-take-inducing holiday inflatable Santa Claus is designed to ride along with you in your vehicle in the passenger seat (or co-pilot on a plane) and attract way more attention than you probably wanted, but in a good way. He illuminates from within using internal LED lighting, self-inflates in seconds when plugged in via the 12v plug-in adapter, and stays in place when strapped to the headrest and properly seat belted. Its also great for getting into carpool lanes when you need to get home quicker for the holidays, but never ever let Santa actually drive or co-pilot without his magical inflatable reindeer pulling your car. 🎅🏻

► Amazon.com
► Walmart.com
► Gemmy.com
As an Amazon Associate we earn from qualifying purchases. When you buy through links on this site, we may earn an affiliate commission.