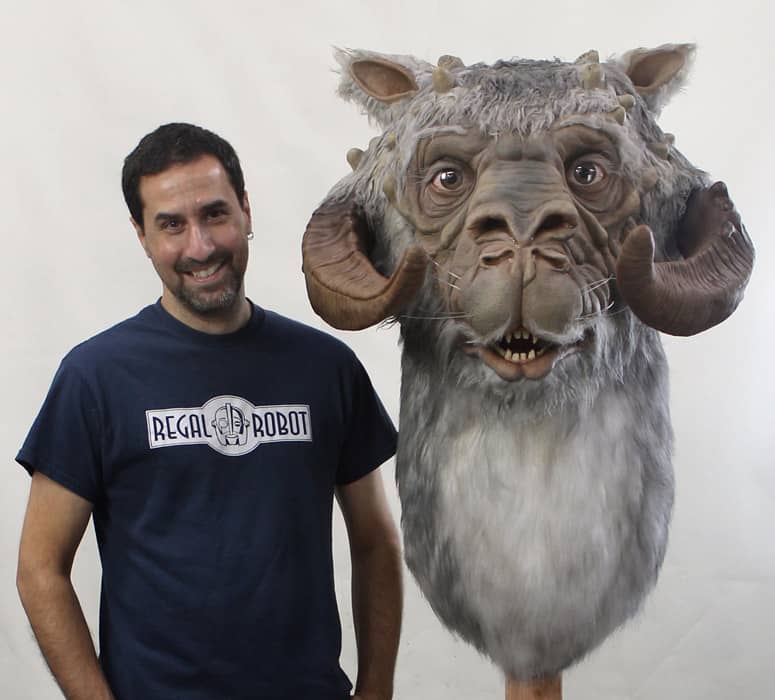 "I thought they smelled bad... on the outside!" - Han Solo

I suppose if I had access to a powerful blaster and could time travel back to a galaxy far, far away, I would probably go Rancor Monster hunting on planet Tatooine, have that massive beast stuffed, and crammed proudly into my office. However, if I struck out on that, I guess a wall-mounted Tauntaun trophy head from the ice planet Hoth would be cool too. Hmm, I forgot that these are fictional space creatures and this intergalactic hunting trip isn't going to happen, so I'll just order this cool new Tauntaun Bust online from Regal Robot instead.

This huge, life-sized head of a Tauntaun is a highly detailed replica of the original prop used in Star Wars: The Empire Strikes Back. Each of these officially licensed Tauntaun busts are handmade here on Earth by professional FX artists in New York right down to the finest detail, minus the smell. It's available in either the two horned Han Solo version or the broken horned Luke Skywalker version and either can be upgraded to a deluxe version that adds faux Hoth snow and distressed reins. Best of all, it does not include poor Luke Skywalker stuffed inside!

► RegalRobot.com
► Find It On Amazon.com
When you buy through links on this site, we may earn an affiliate commission. As an Amazon Associate we earn from qualifying purchases.