I don't know if you knew this little known historical fact, but after Ben Franklin's death, mad scientist Victor Frankenstein sent his lab assistant Igor to dig up his corpse and steal his brain back from the evil surgeon, William Hewson, for an extraordinary experiment in re-animation. Victor feared this new country would collapse without the wisdom of the legendary Founding Father and was desperate to bring him back to life.

They laid Ben Franklin's dead body out on a gurney, re-installed the stolen brain, implanted lightning rod bolts in his neck, tied a string to the bolts and flew a kite with a metal key attached on the other end. As a violent thunderstorm brewed above, the key was struck by lightning and sent a massive surge of electricity down the rain-soaked string into Ben's lifeless body. Victor waited, adjusted his bi-focals and watched for a sign of life. Suddenly old Ben sat straight up, arms extended and screamed a blood-curdling cry! "It's ALIVE!!!", Victor roared as Igor shuffled and rubbed his filthy little hands together in anticipation. Unfortunately, Franklin's brain was in a laboratory jar next to that of a sadistic dead British soldier and Igor grabbed the wrong one.

"Rise Franklinstein, Rise!", Victor shouted as the creature slid down off the gurney to take his first steps. Franklinstein stood, towering over his creator and the light in his eyes turned very dark. Franklinstein clenched his fists, raised his arms and crushed them down upon poor Victor, over and over again until he was a bloody pulp. Igor tried to run, but Franklinstein grabbed him and tore him in half as easily as paper currency. Now Franklinstein was free to terrorize Philadelphia, then the country and take his rightful place as the true President of the United States. He ran under the motto, "It's all about the Benjamin".

After his four year reign of terror, Franklinstein suddenly disappeared. Some diplomats believe he just got bored and went north, while some claim to have seen a steam-driven robotic John Adams crushing through the White House walls to physically impeach him, but no one knows for sure. All that remains of this monster's legacy is a cracked Liberty Bell and the official campaign shirt of the time, the Franklinstein T-Shirt! Seriously.

► Threadless.com
► Find It On Amazon.com
When you buy through links on this site, we may earn an affiliate commission. As an Amazon Associate we earn from qualifying purchases. 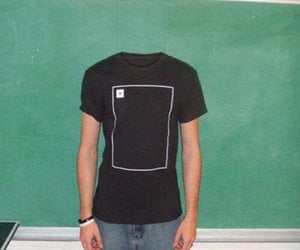 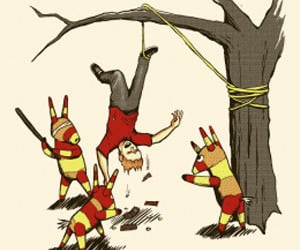 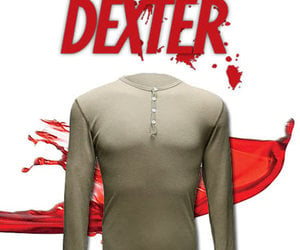 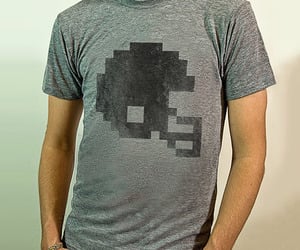 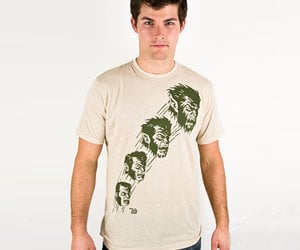 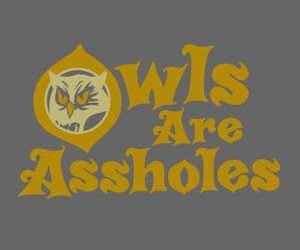 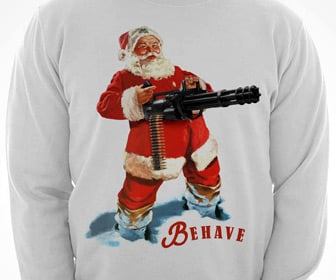 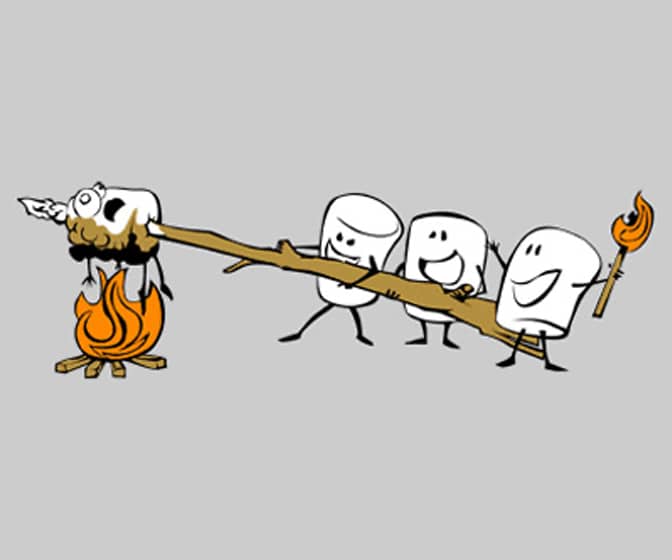 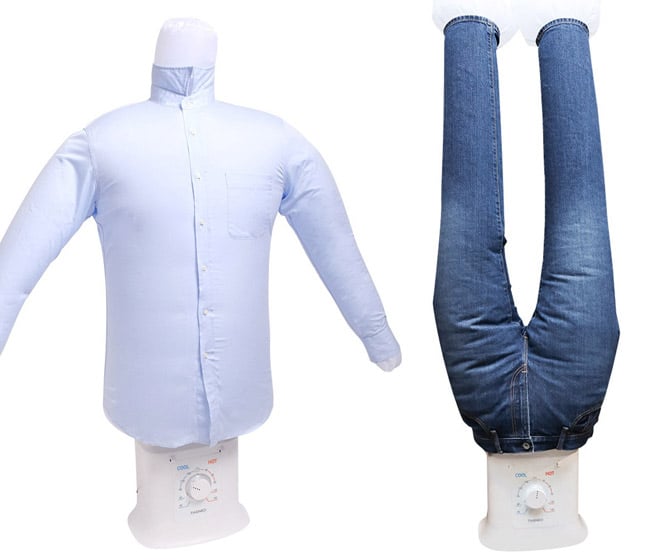 Laundry Dryer and Wrinkle Remover For Shirts, Pants, and More
▼    View All Shirts    ▼ 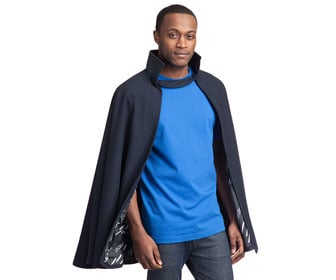 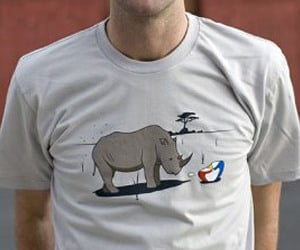 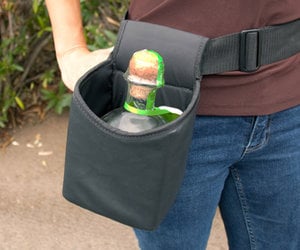 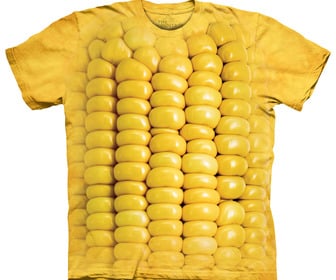 Corn On The Cob T-Shirt 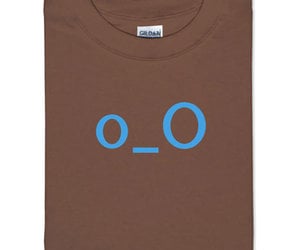 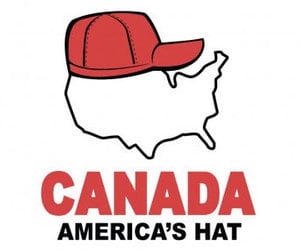 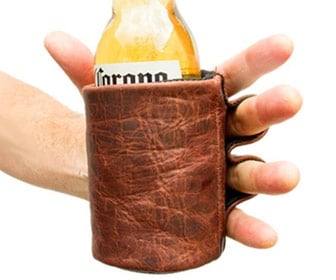 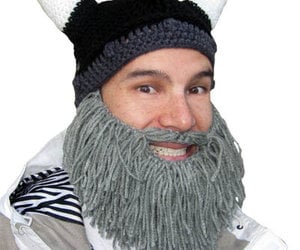 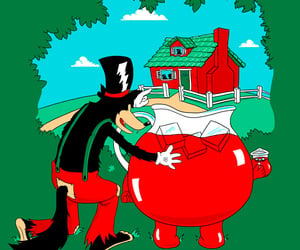