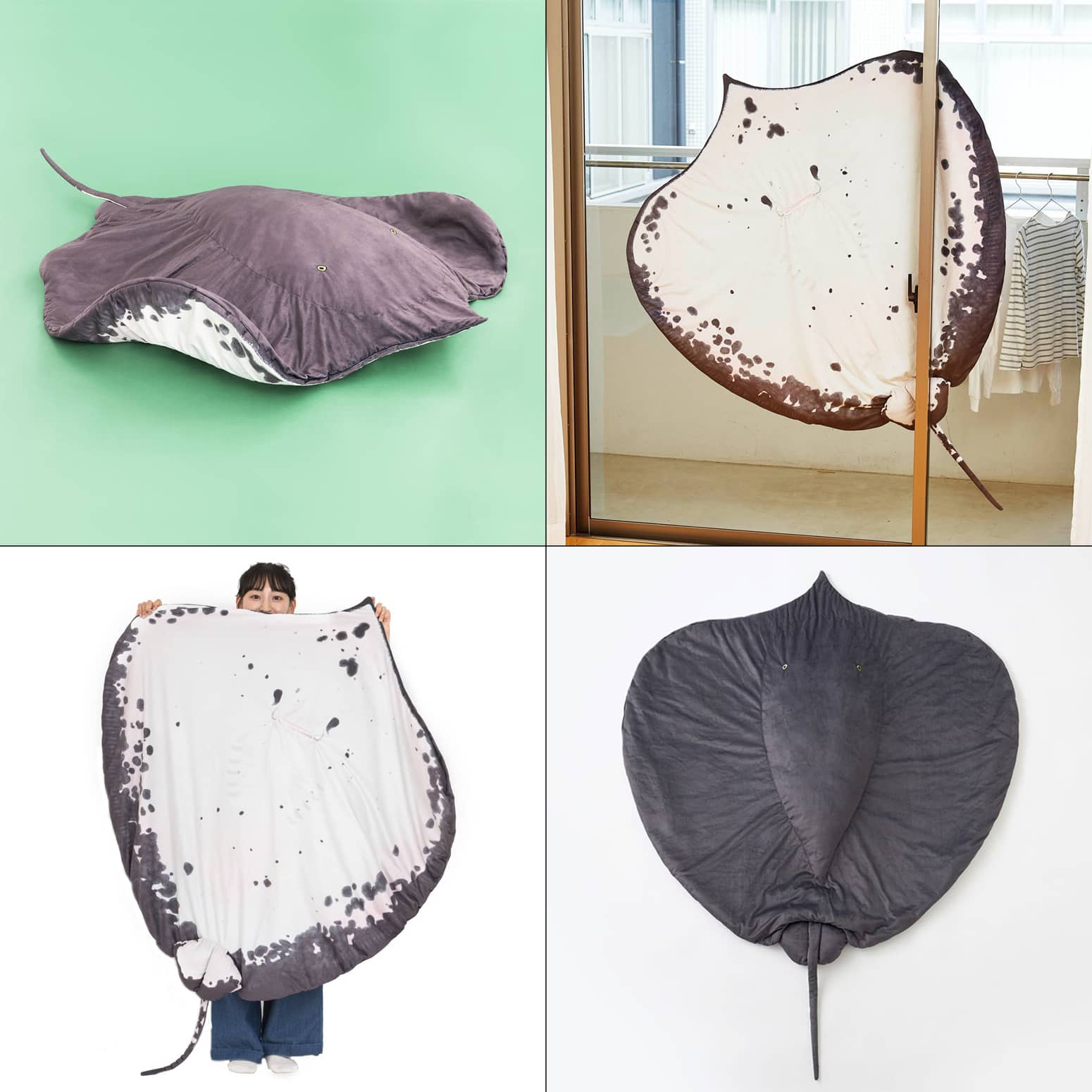 The Giant Freshwater Stingray is not only the largest stingray in the world, it's also the largest freshwater fish in the world... and now it's a giant blanket! This cool new Giant Freshwater Stingray Blanket is based on the massive freshwater stingrays found gliding around the bottoms of rivers and estuaries in Southeast Asia and now couches, beds, and humans with this soft cuddly polyester blanket version of the species. It even has a mouth on the bottom side that doubles as a pocket or a hand-warmer. While it might not tie every room together or be everyone's choice for a decorative throw blanket, at least now you know a little bit more about the giant freshwater stingray, which is sadly becoming endangered.

► JapanTrendShop.com
► Find It On Amazon.com
When you buy through links on this site, we may earn an affiliate commission. As an Amazon Associate we earn from qualifying purchases.