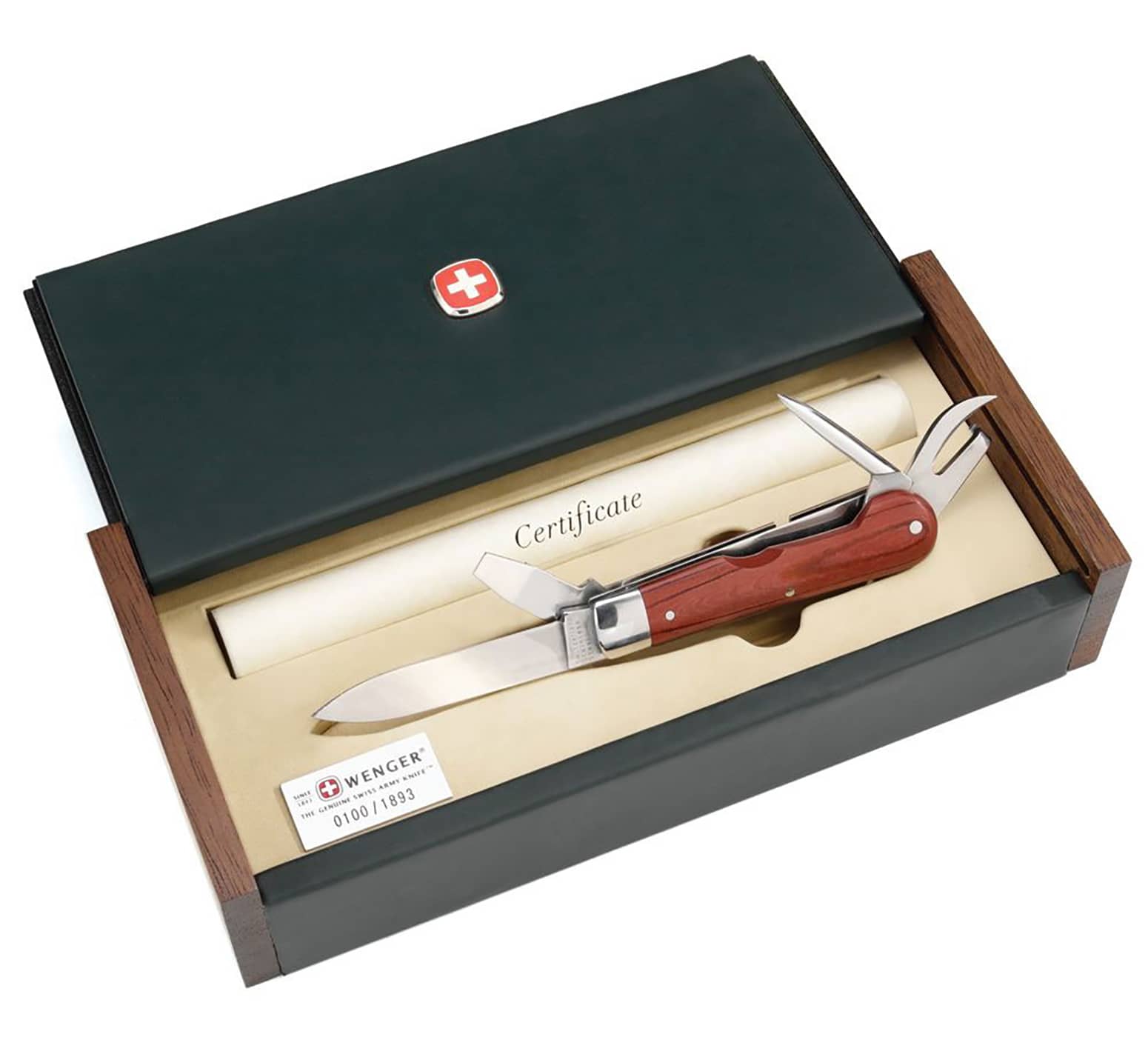 UPDATE 7-11-2022: The Wenger version appears to be sold out, but Victorinox has just released a similar limited edition replica of their own 1897 Swiss Army Knife.

The Original 1890 Swiss Army Knife is a limited edition prototype built from the original 1890 plans designed by the Swiss Army, after which all subsequent Swiss Army knives have been modeled. Each individually numbered knife is one of 1,893 being made to commemorate Wenger's first year of operation and includes a signed copy of the original 1890 blueprints in a leather-bound wood case. The knives are hand-assembled from rosewood and include only four stainless steel tools: a knife blade, flat screwdriver, can opener and a sharpened punch. Although it doesn't include the Swiss Army Knife regulars like the toothpick, corkscrew, magnifying glass, etc, it does make a really cool gift for Swiss Army Knife enthusiasts and all fans of multi-functional collectible cutlery in general.

► Hammacher.com
► Find it on Amazon.com
As an Amazon Associate we earn from qualifying purchases. When you buy through links on this site, we may earn an affiliate commission.