The ISIS Puzzle Orb - The Most Difficult Puzzle Ever!

◎Find It
The ISIS Puzzle Orb - The Most Difficult Puzzle Ever!
Back: iRobot Looj - Gutter Cleaning Robot (w/ Video) 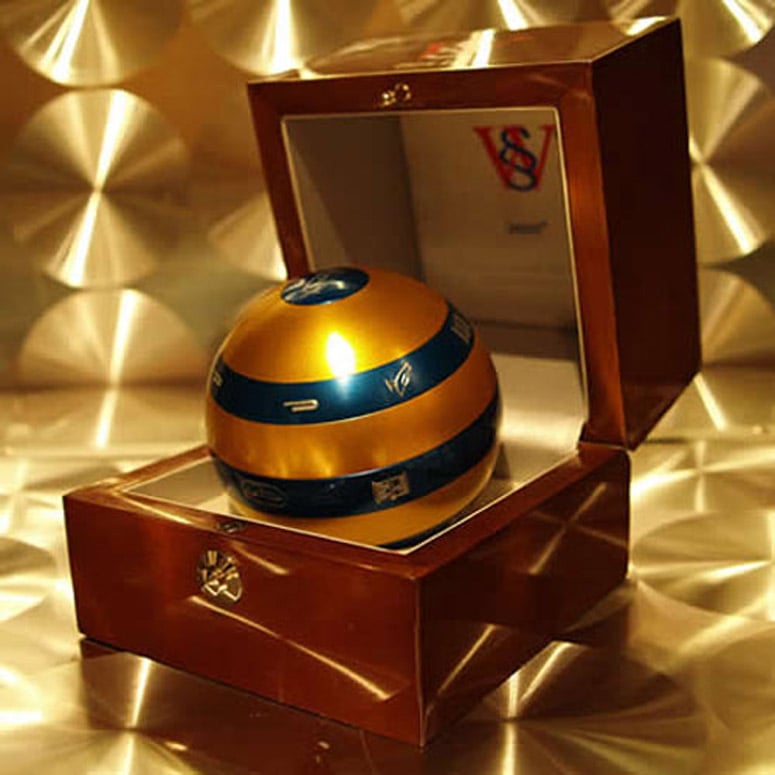 Next: Buddha Bowl - Ultimate Bowl For Noodles, Soup or Rice

The ISIS Puzzle Orb - The Most Difficult Puzzle Ever!

For the past year now, the United Kingdom has had the sole privilege of participating in the very cool and extremely mysterious ISIS Adventure. Well, thanks to The Sharper Image ThinkGeek.com, The ISIS Puzzle Orb - The Most Difficult Puzzle Ever is now available to challenge our minds and feed our desires to hunt for treasures here in America too!

The UK version of the orb was made of a premier alloy of aluminum and constructed of precisely engineered, moveable bands covered in weird Egyptian hieroglyphics. The goal was to unlock the orb by aligning the hieroglyphics, which inside held a special key. Every orb was different and there were literally millions of possible combinations, but encrypted clues were given to help decipher and solve the puzzle. Once inside, the keys had numbers on them which were then entered on a website that gave even more clues to the whereabouts of little hidden pyramids spread throughout the UK. If a pyramid was actually found, it was said to contain either gold or silver tokens/coins that could then be exchanged for cash and other prizes. Whew, it's a bit complicated, eh?

Now the USA version is very similar, but I don't believe the game involves any pyramids or keys... I'm not sure exactly what's in the new orbs yet. What I do know is that every American The ISIS Puzzle Orb is etched with two unique 10-digit numbers. One number is etched on the outside of the ball and the other one is etched on the inside. The goal is the same, in that you try to unlock the orb, but instead of a special key you are now trying to get to that second 10-digit number. If you succeed, IF is the big word, you simply enter these two numbers at a Special Website. You will then be given a chance at solving a puzzle which will win you $1000 or you can try to win other prizes as well. You will also be given more clues to help you hunt down and discover valuable prizes hidden in major cities across America in a massive treasure hunt!

$200 is kind of a lot to spend on a puzzle that is nearly impossible to solve, but if you do somehow solve the mystery of the ISIS, you could actually make money or at least win some cool prizes. If not, you now own a coveted metallic puzzle orb that comes in a highly polished wooden box.

I don't know about you all, but I'm totally going for it. I want that treasure damn it - and no one had better try and stop me...

► Amazon.com
As an Amazon Associate we earn from qualifying purchases. When you buy through links on this site, we may earn an affiliate commission.