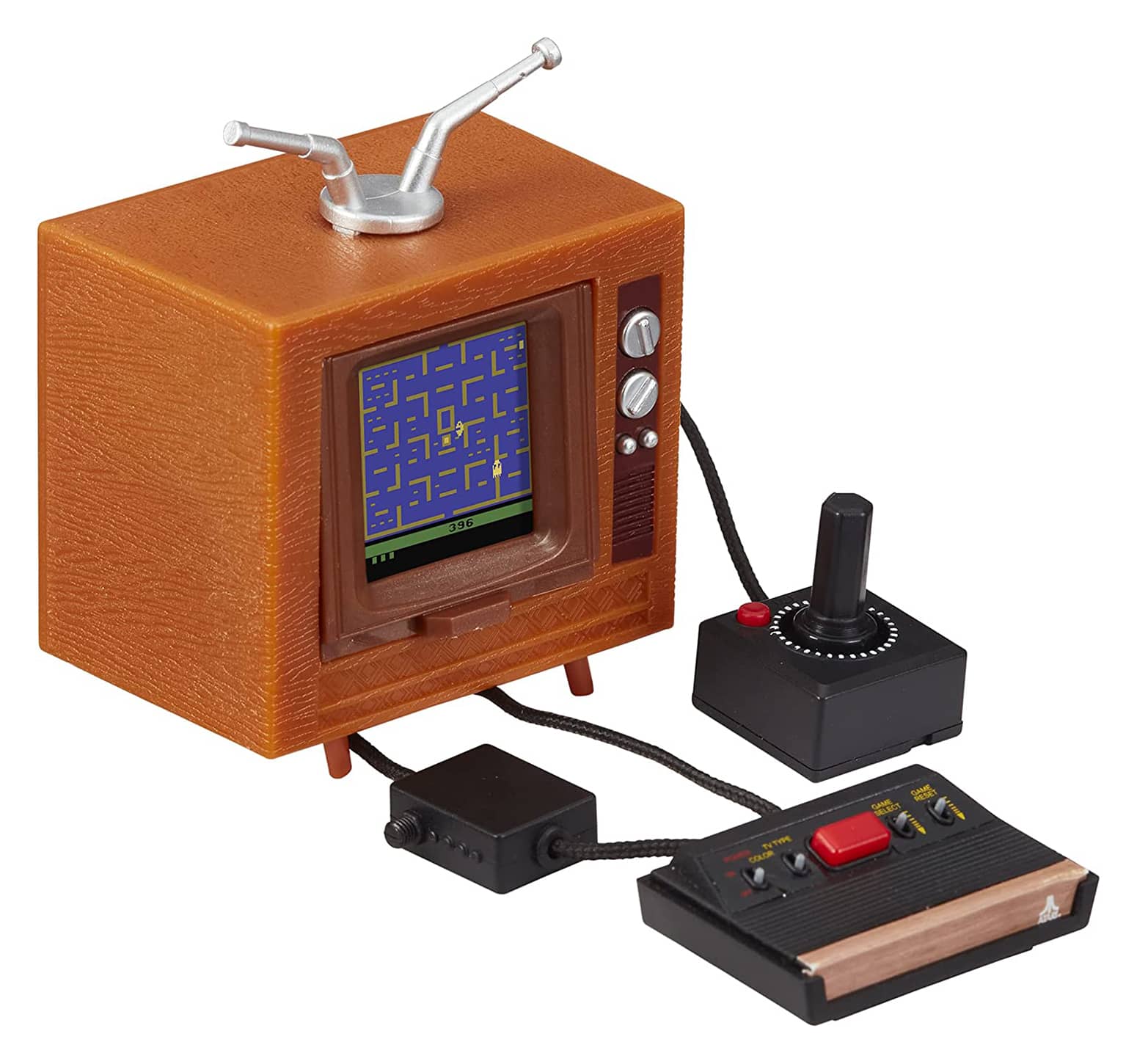 The Atari 2600 is one of the earliest video games consoles in the late 70s to early 80s to popularize the use of swappable video game cartridges instead of having only a few built-in games. Their reign ended with the epic Video Game Crash of 1983... and a little help from the infamous E.T. The Extra-Terrestrial Game. Well, the Atari 2600 is now back in the 21st century, minus the swappable games and much, much smaller, with this cool new yet quite retro Tiny Arcade Atari 2600.

This miniature Atari 2600 has 10 fully playable classic video games including PacMan, Asteroids, Tempest, Missile Command, Centipede, Breakout, Combat, Pong, Warlords, and Millipede built-in and includes a tiny fully-functioning joystick and its own glorious 1.5" full color television - no need to connect it to a giant HD television. Sure it doesn't replace the current generation of powerful video game consoles, but it's way more to play at your office desk than working... hmm, just put your phone down first.

► Vat19.com
► Amazon.com
► SuperImpulse.com
As an Amazon Associate we earn from qualifying purchases. When you buy through links on this site, we may earn an affiliate commission.

Proudly Made From Recycled Pixels.
◄PREV ITEM
◎FIND IT
►NEXT ITEM