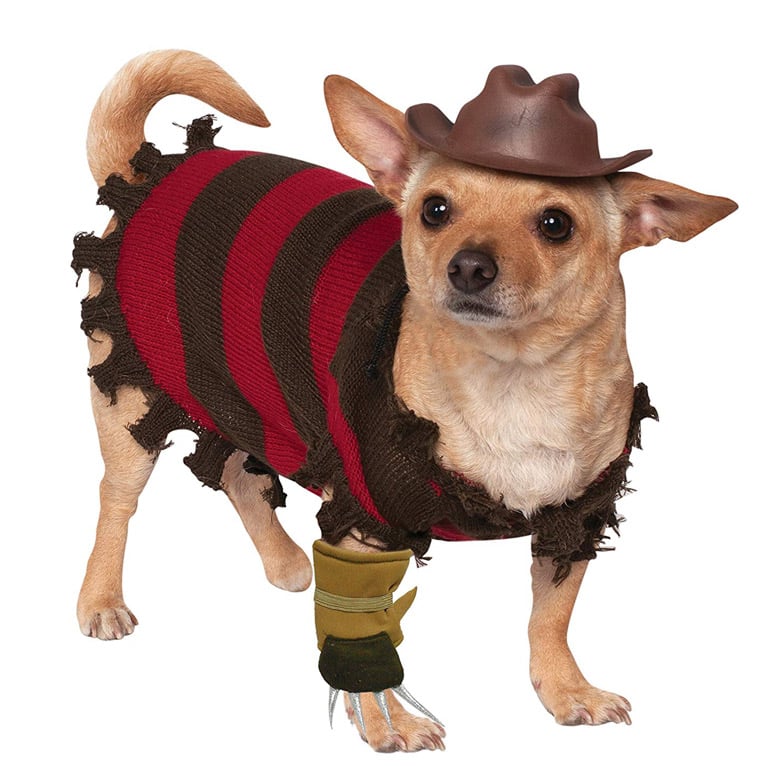 When you see your dog running in his sleep, he's probably running away from a horrible nightmare hosted by the infamous man of everyone's dreams, Freddy Krueger. To humans, we dream of him as a burnt up man wearing a red and green striped sweater, a ragged fedora on his head, and a work glove with razor sharp finger blades on his hand. To dogs, Freddy Krueger appears in their dreams more or less like the dog depicted in this cool new Freddy Krueger Pet Costume.

This terrifying pet costume transforms a dog into the infamous Freddy Krueger from A Nightmare on Elm Street, complete with a sweater, hat, and bladed glove. I'm sure you could get one sized for a cat, who are actually more Freddy like, but their four sets of razor claws might make you change your mind.

► Amazon.com
► SpiritHalloween.com
As an Amazon Associate we earn from qualifying purchases. When you buy through links on this site, we may earn an affiliate commission.

Proudly Made From Recycled Pixels.
◄PREV ITEM
◎FIND IT
The ULTIMATE Halloween Playlist!
►NEXT ITEM