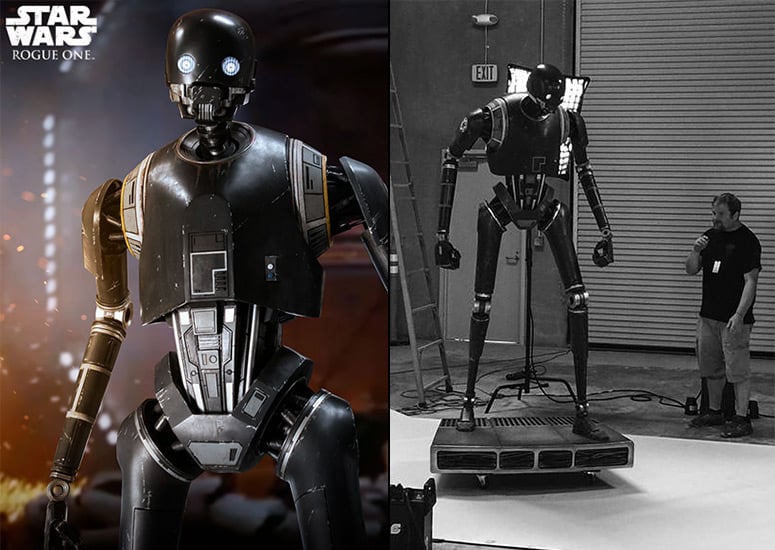 One of the good things to come out of Star Wars Rogue One was the sarcastic reprogrammed Imperial security droid K-2SO. At first glance, he was like a gigantic imposing Terminator, but once he spoke, he was quite a lovable back-talking droid. Well, if you have the room, you can now get your very own Lifesize K-2SO Statue to put proudly on display in your home theater, living room, guest bathroom, or wherever. This massive 7' 8" tall highly detailed replica of K-2SO features visibly weathered and battle damaged external armor, a variety of intricate pistons and gears, illuminated eyes, a posable head, and still has the Galactic Empire's logo still on his shoulder. It's too bad you won't have any Death Star plans to steal, because he would come in quite handy.

► Sideshow.com
► Find it on Amazon.com
As an Amazon Associate we earn from qualifying purchases. When you buy through links on this site, we may earn an affiliate commission.