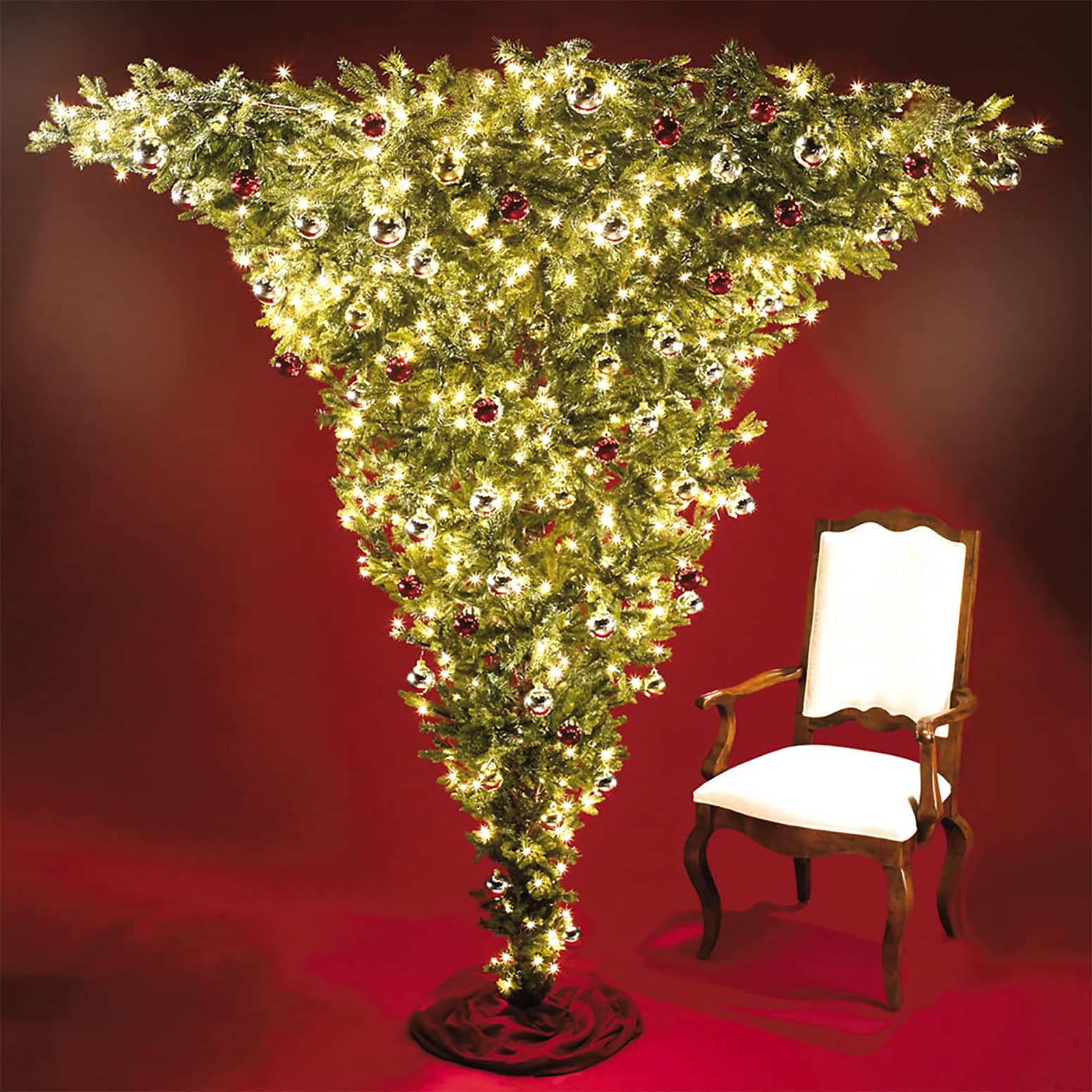 The holidays may be months away, but for a cool item like this, you may need some extra time to rethink your traditions. Your Christmas Tree... you're doing it all wrong! This cool new yet quite old-fashioned 7-Foot Upside-Down Pre-Lit Christmas Trees is not as crazy looking as it might appear. In fact, hanging them upside down was how it was originally done!

The History of the Upside-Down Fir Tree:

According to the Christmas Archives, "In the 7th century a monk from Crediton, Devonshire, went to Germany to teach the Word of God. He did many good works there, and spent much time in Thuringia, an area which was to become the cradle of the Christmas Decoration Industry. Legend has it that he used the triangular shape of the Fir Tree to describe the Holy Trinity of God the Father, Son and Holy Spirit. The converted people began to revere the Fir tree as God's Tree, as they had previously revered the Oak. By the 12th century it was being hung, upside-down, from ceilings at Christmastime in Central Europe, as a symbol of Christianity."

Best of all, there's now way more room for presents under the tree!

► Amazon.com
► Hammacher.com
As an Amazon Associate we earn from qualifying purchases. When you buy through links on this site, we may earn an affiliate commission.

Proudly Made From Recycled Pixels.
◄PREV ITEM
◎FIND IT
The ULTIMATE Christmas Playlist!
►NEXT ITEM