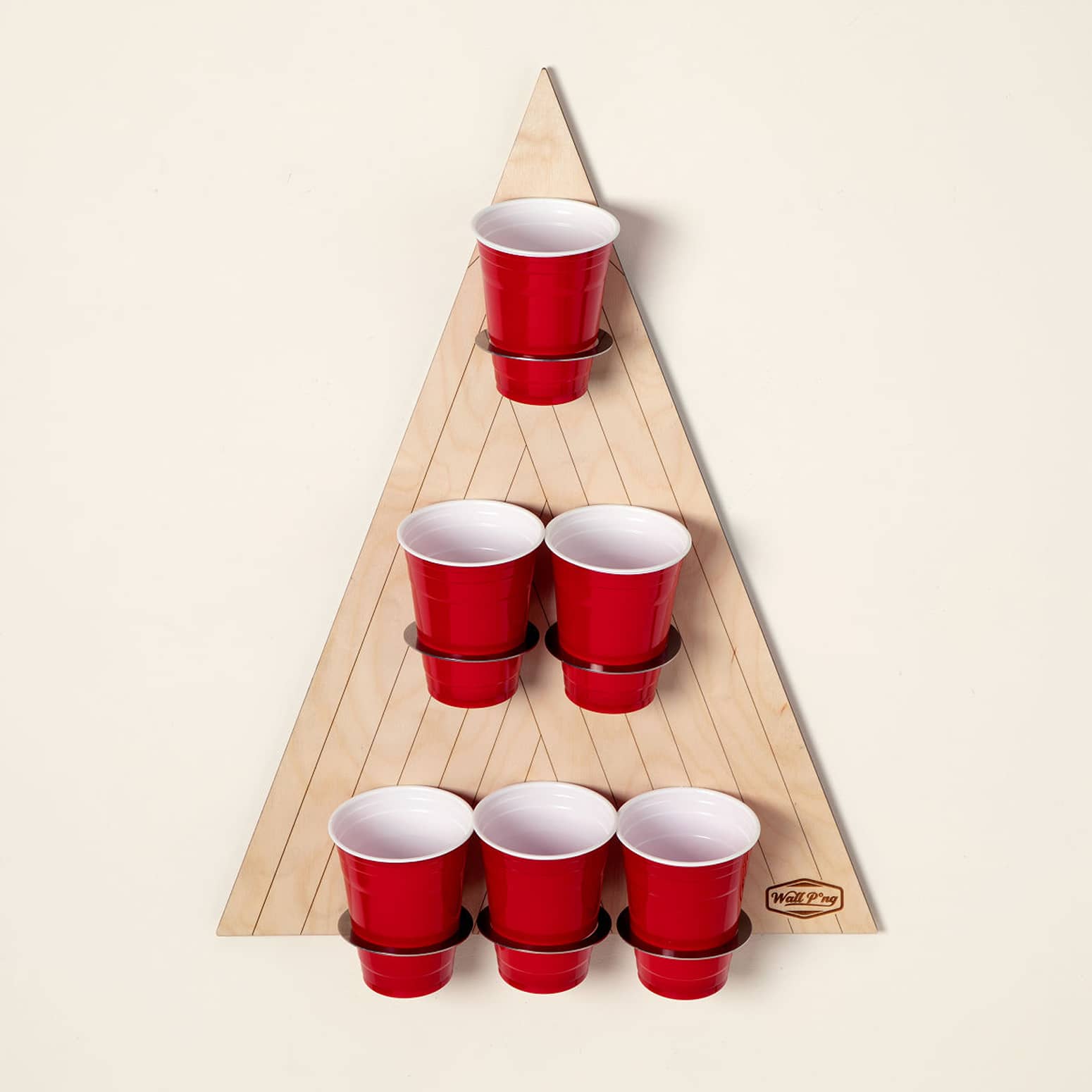 Beer pong is fun at a party... I guess (I'm usually drinking the good stuff somewhere else with the important people), but nobody wants to set up that long folding table or, even if they do, sometimes there just isn't enough room for it. The solution, especially in cramped dorm rooms, is this cool new Wall Pong. Forget playing horizontal beer pong on a table and go vertical instead with this space-saving wall-mounted version. Just mount the board on the wall or a door, attach the 360 degree cup-holding brackets, fill them with your favorite beer, and challenge someone to a game. Just take turns trying to sink the ping pong balls into the cups until one of you scores and then the opponent has to chug the beer from that cup and remove it from the board. The first to sink four cups wins. Hmm, I guess it's kind of like darts now except there's more beer drinking involved and the loser actually has more fun in the end... unless it's cheap beer. Handmade in Maine, USA.

► UncommonGoods.com
► Find It On Amazon.com
When you buy through links on this site, we may earn an affiliate commission. As an Amazon Associate we earn from qualifying purchases.