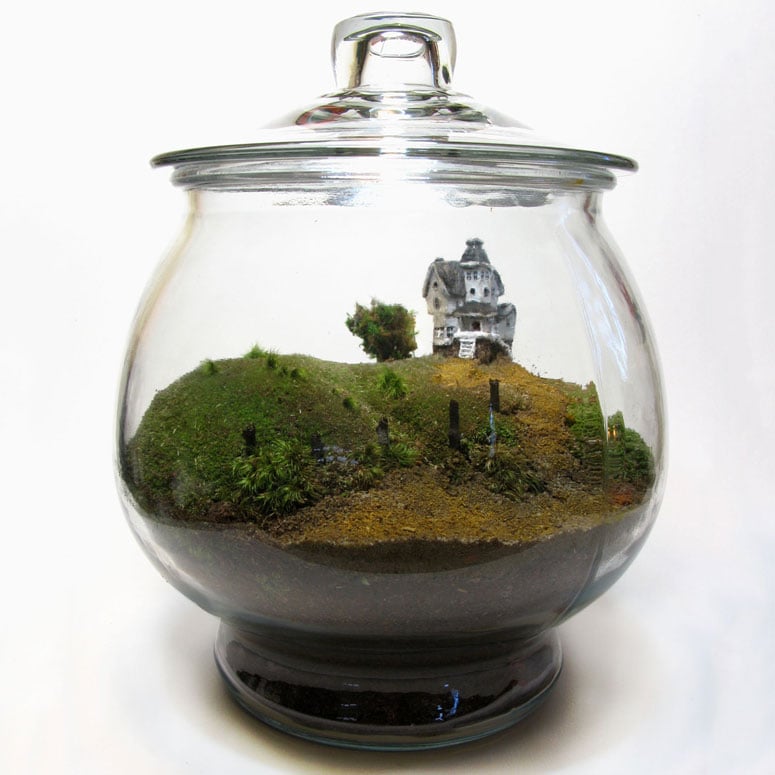 "Nice f*cking model!" - Betelgeuse [after kicking down a model tree]

According to the Handbook for the Recently Deceased, rule number two clearly states that the living usually won't see the dead. That's won't, not can't, so if you want to get to know and become real pals with the ghost with the most, then pick up one of these cool new Beetlejuice Terrariums and then simply speak his name three times.

This 10" tall terrarium has a model-sized version of the house featured in the movie BeetleJuice, similar to the one in the giant model the Maitlands created of the whole damn town. This famous little haunted house is sculpted out of wax, painted and placed atop hills of moss to create a sustainable ecosystem that's simple to care for, well, unless your dead or live near those pesky sandworms on Saturn. Beetlejuice...

► Etsy.com
► Check Amazon.com
As an Amazon Associate we earn from qualifying purchases. When you buy through links on this site, we may earn an affiliate commission.

Handbook for the Recently Deceased: Beetlejuice Prop
Amazon.com
$6.99
View all items on Amazon.com ►

Proudly Made From Recycled Pixels.
◄PREV ITEM
◎FIND IT
►NEXT ITEM