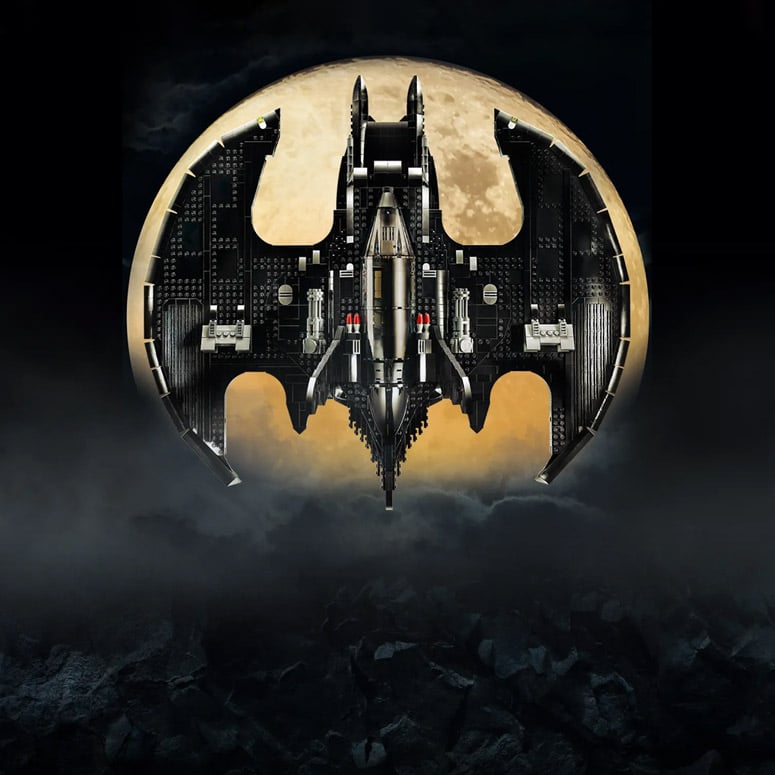 Wish you could go back to 1989 and relive that incredible summer of total Batmania? Well, you can't go back in time, but you can throw on a vintage black Batman logo t-shirt, blast Prince's BatDance on an old boombox, and attempt to assemble this cool new yet very retro LEGO Batwing from the 1989 Batman flick. This massive LEGO model of Batman's iconic flying Batwing consists of 2,363 pieces to keep you busy for awhile and features a fully detailed interior, poseable flaps, a removable canopy, include 3 Minifigures (Batman, The Joker, and Lawrence the Boombox Goon), and can either be mounted on the wall or placed on an angled stand with an official fact-filled nameplate. Makes a great gift for any stressed out 1989 Batman fan, but you'll need to supply your own giant balloons filled with Smilex gas.

► LEGO.com
► Find It On Amazon.com
As an Amazon Associate we earn from qualifying purchases. When you buy through links on this site, we may earn an affiliate commission.