Back To The Future Grays Sports Almanac iPad Case

◎Find It
Back To The Future Grays Sports Almanac iPad Case
Back: Umbra Rinse Bowl and Strainer 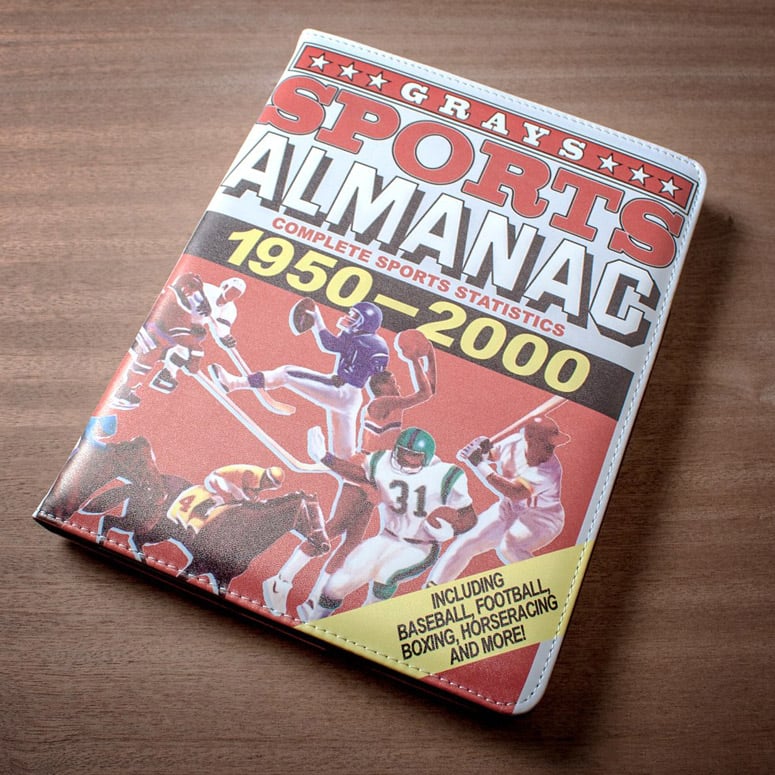 Back To The Future Grays Sports Almanac iPad Case

"You see this book? This book tells the future. Tells the results of every major sports event till the end of this century!" - Old Biff

In 1985, nobody could have predicted that in October 21, 2015 there would be a device called an iPad that, when connected to the internet, would contain all the sports scores in all of recorded history. So time traveler Marty McFly was destined to discover a paperback called Grays Sports Almanac, that had all the printed scores from 1950-2000, instead. However, it's currently June 26, 2013, and somehow they both now exist thanks to this cool new Back To The Future Grays Sports Almanac iPad Case that has mysteriously appeared. Obviously, a point in the space-time continuum has been changed.

Yep, this replica cover of the infamous sports almanac from Back to the Future 2 wraps around your iPad to protect it, sort of like wrapping a dust jacket of Oh LaLa over an almanac at an Enchantment Under the Sea dance. Unfortunately, you still need a time-traveling DeLorean to make any use of any of this on bets placed in the past, but only if wi-fi is available as well. So until then, enjoy this blast from the past.

► Firebox.com
► Find It On Amazon.com
As an Amazon Associate we earn from qualifying purchases. When you buy through links on this site, we may earn an affiliate commission.