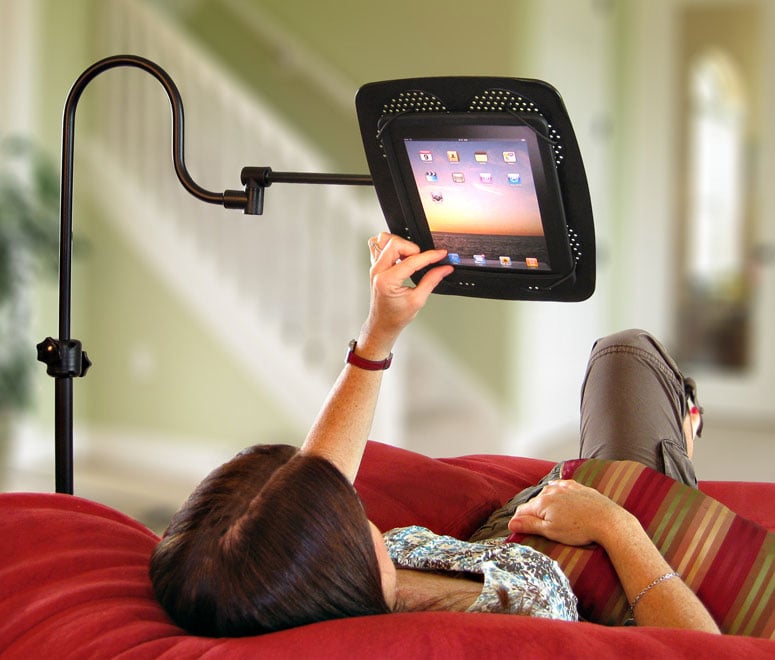 I was on an exercise bike the other day unsuccessfully trying to balance an iPad on the handlebars in an attempt to watch a movie to no avail. Next up I was trying to follow a video recipe on it in the kitchen and accidentally knocked it off the counter. Then last night I was lying in bed trying to read the Kindle, dozed off and dropped it. Either I'm terrible at living in the 21st century or I just need a modern solution, so I searched online and found this cool new Adjustable Tablet Stand.

This convenient stand holds an iPad, eReader, tablet and other mobile devices completely hands-free. It features a patented spin joint for landscape and portrait modes, a cantilever design, 6 positions, requires zero clearance under furniture and folds and stores when not in use. I know it sounds like a device for lazy people, but I think it would be handy to have around.

► SharperImage.com
► Find it on Amazon.com
As an Amazon Associate we earn from qualifying purchases. When you buy through links on this site, we may earn an affiliate commission.