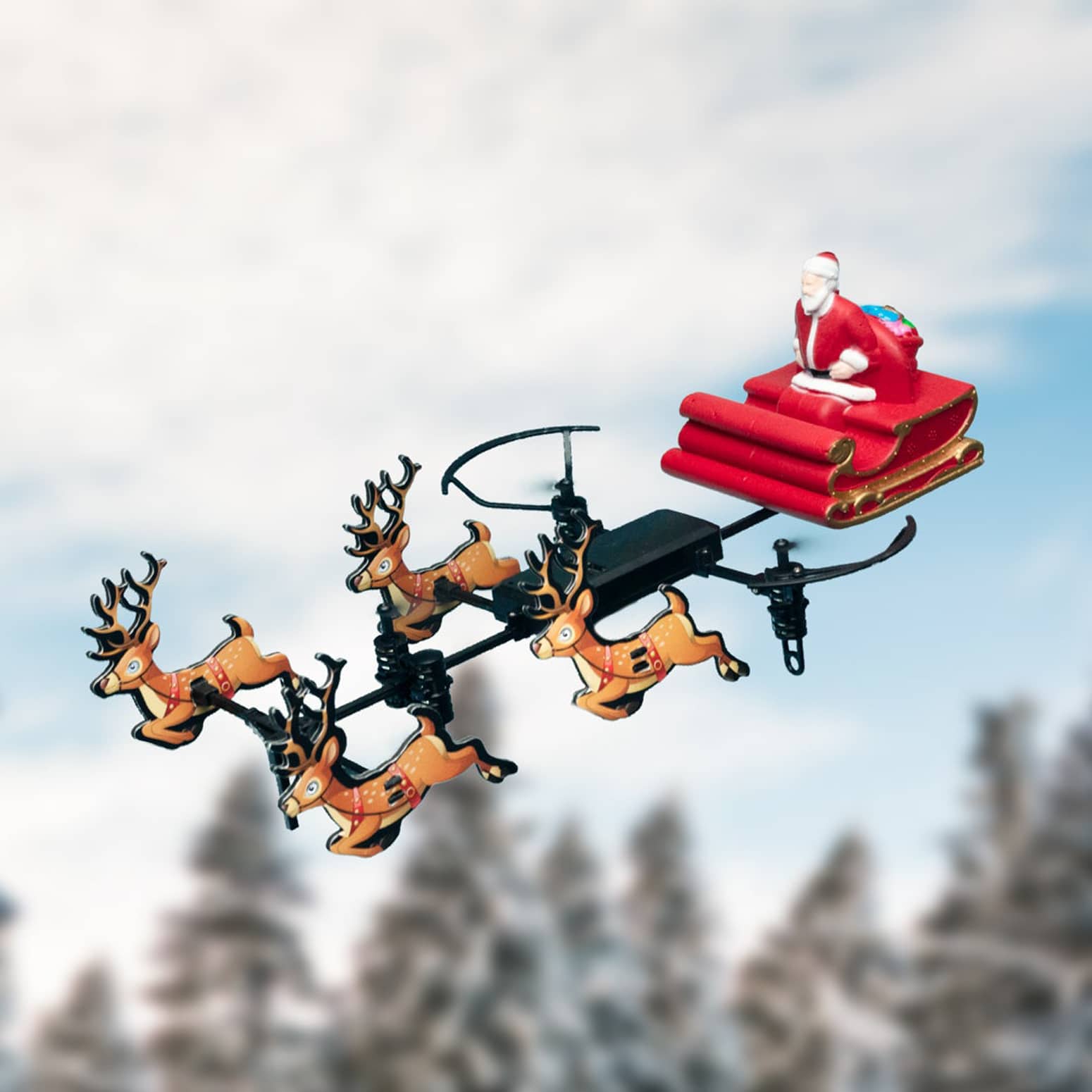 How does Santa Claus deliver all those presents every Christmas Eve to all the good boys and girls on planet Earth? He used to do one house at time back in the old days when there much less population, but now in the 21st century, he obviously sends out millions and millions of miniature magical sleigh drones developed by his top elf in charge of research and development at the North Pole. While the actual drones are not for sale because they require top secret magic, Santa decided to release a fun toy version instead. This cool new Flying Santa Drone is a remote-controlled flying drone of Santa's sleigh pulled by four magical reindeer... and three propellers. While it should be fun to finally be able to fly Santa's sleigh around, it doesn't actually deliver presents like the real North Pole drones do, so you better be extra good this year. Also try to avoid crashing it on the roof or in the fog... Rudolf not included.

► Firebox.com
► Find It On Amazon.com
When you buy through links on this site, we may earn an affiliate commission. As an Amazon Associate we earn from qualifying purchases.