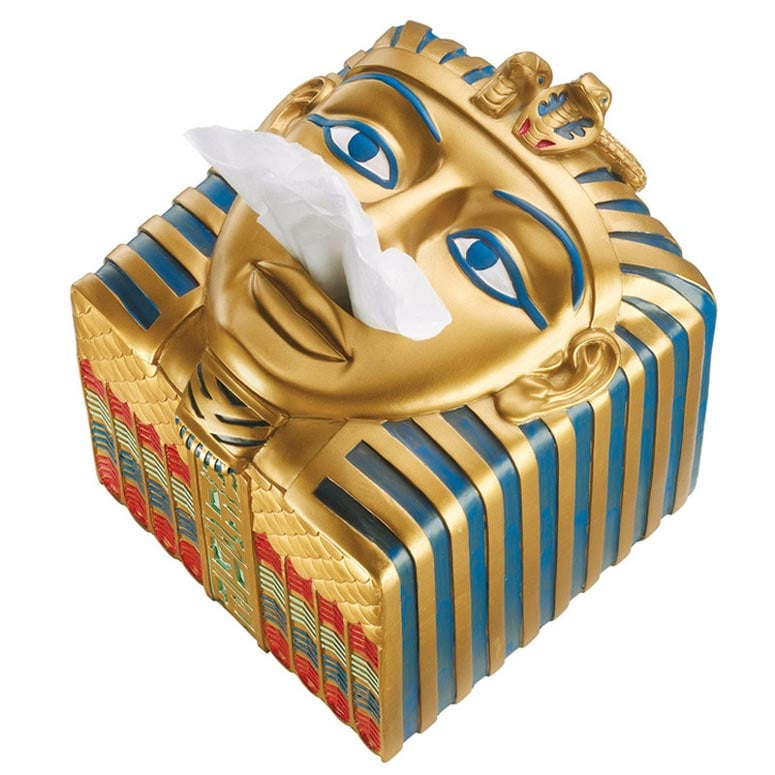 Next: ThinkGeek Eviltron - Turn On, Hide It and Laugh Diabolically!

During the cold, flu and unstoppable, killer Swine Flu pandemic season, don't just sneeze in your elbow or wherever is trendy, simply reach for a tissue from this cool new King Ah-Ah-Choo - Egyptian Tissue Box Cover. Although, legendary Egyptian King Ah-Ah-Choo didn't die from media-fueled disease hype (it was actually West Nile disease), he did have severe allergies to sand and liked to carry around thin sheets of papyrus paper to blow his nose in. His tomb was finally uncovered in 1928 and to the surprise of archeologists worldwide, these ancient tissues were coming out through the nose of the sarcophagus! This tissue box is a replica done to honor this great and allergy-prone Pharaoh and will hopefully ward off his evil curse of endless fits of sneezing.

► DesignToscano.com
► Find it on Amazon.com
When you buy through links on this site, we may earn an affiliate commission. As an Amazon Associate we earn from qualifying purchases.