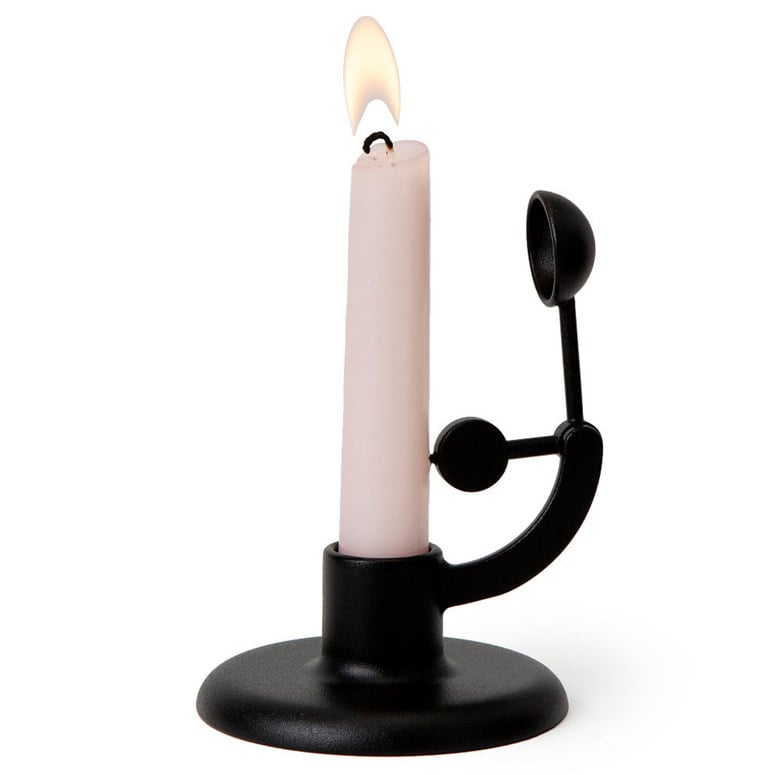 It's the 21st century, so there's no reason that a human should be exerting any effort whatsoever in extinguishing a candle themselves. No, there isn't an app for doing this exhausting chore nor is there a robot to do it or even an online service to come in either... yet. There is a solution though. This cool Moment Candle Holder from designer Lars Beller Fjetland is a unique cast iron candlestick that is able to self-extinguish using nothing but the power of gravity. Once a taper candle burns down far enough, a domed cap is triggered to flip down and snuff out the flame. Best of all, you don't even need to plug it in or recharge it via USB either. Unfortunately, you still have to put in a new candle manually though, which just seems so barbaric.

► UncommonGoods.com
► Amazon.com
As an Amazon Associate we earn from qualifying purchases. When you buy through links on this site, we may earn an affiliate commission.

Crayola Back To School Supplies for Girls & Boys, Crayons,
Amazon.com
$23.99

Elecrainbow 6 Pack Pink Tutu Tulle Centerpieces for It's a
Amazon.com
$21.99
View all items on Amazon.com ►